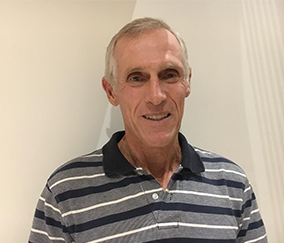 Ted Waldburger has a B.Sc in Mechanical Engineering and has undertaken management studies at UNISA and Loughborough University. After graduating Ted moved into the automotive manufacturing arena joining the then listed T&N Holdings Group in 1979 where he held various positions culminating in being appointed CEO in 1994.
T&N comprised manufacturing entities in the Automotive Components and Chemicals sectors. Brands controlled by T&N included Ferodo, Payen, FHE, Silverton, AE, Champion, Beral and British Industrial Plastics. T&N Plc, the major shareholder, was a global company supplying to both the Car Manufacturers and the Aftermarket.

In 2000 a significant part of T&N, the Heat Transfer Division, was sold to German based component company Behr GmBh where I held the position of CEO until 2008.

During the above periods extensive experience was gained both locally and internationally across all facets of manufacturing businesses. Approximately half the sales in these businesses was to foreign markets.

From period 2008 to 2017 I was involved in the establishment of Autovest, a group of companies acquired to service the automotive accessory market, through car dealerships, comprising products such as bull bars, nudge bars, canopies, bin linings and safety and protection film. Brands included Maxe, SA Canopy, Bucco, Rhino, Auto Armor.

In this period experience was gained in M&A activity, consolidating businesses, franchising, market segmenting and dealing with smaller entrepreneurial businesses.

Autovest was sold to listed company KAP in 2016 where I helped with the integration before formally retiring in 2017. Since then I have been doing some management consulting mainly in the turnaround field and some pro bono work in the non-profit space.